Weed All About It: A Survey of Cannabis Media at Decade's End 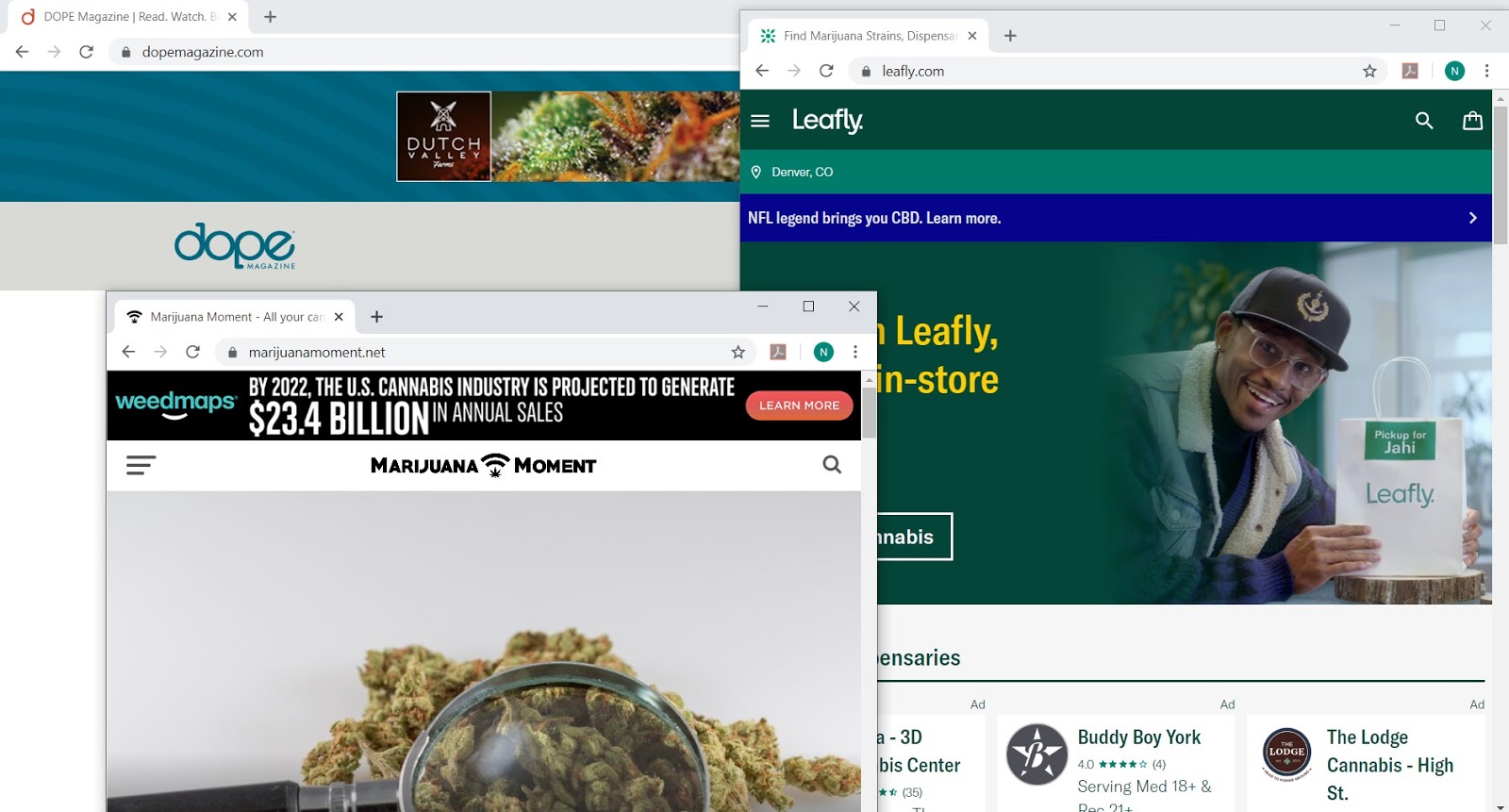 As the end of the 2010s approaches, we can’t be certain whether the recent wave of cannabis legalization will continue into the next decade. But we can certainly say that the 2010s was the best decade for the plant and those who consume it in modern history: after the unprecedented expansion of medical marijuana laws in the early aughts, the US states of Colorado and Washington kicked off the full legalization party in 2012, and it didn’t stop rolling until eleven states legalized by the end of the decade. Even Canada got in on the action, and although Mexico won't legalize before 2020, its Supreme Court has declared cannabis prohibition unconstitutional.

Cannabis proponents also scored big when the US government finally legalized industrial hemp in 2018 and is now considering a full legalization bill that actually made it out of a Congressional committee for the first time ever.

In another break with tradition, mainstream outlets that were traditionally prohibitionist have added cannabis editors and sections to keep pace with these developments. The cannabis industry also has its own media world that’s been developing alongside it. Gone are the days when tight-lipped tokers combed the pages of taboo magazines for advice on janky basement grows—now, whether you grow, smoke, invest, or continue to protest, there is a cannabis source waiting to inform you.

But as with everything capitalism touches, more choices doesn’t always mean more great choices. So here’s a distilled list of some of the most popular cannabis publications, complete with grades based on my own blend of criteria that combines the basic bones of readability, trustworthiness, and accuracy, as well as some kind of intangible allure that I’m going to call “sesh appeal.” (translation: it’s totally subjective, folks)

We’ll start with the ol’ geezer itself. Founded by underground journalist and pot activist Tom Forcade in 1974, High Times remains a popular source for veteran enthusiasts, mixing its trademark how-to-grow columns and bud centerfolds with features on the biggest influencers in cannabis business and culture. However, the publication that once served as the cornerstone of an underground cultural movement has largely abandoned its subversive, crusader tone; with little to complain about legislatively, High Times now reads more like Newsweek than Jacobin. Though it still offers decent content, there are grave concerns about the magazine’s ability to survive with so many digital competitors. Grade: B+

Leafly hasn’t been around as long as High Times, but it was one of the first digital hubs for cannabis content. Directed at consumers as well as curious readers, Leafly was founded in 2010, during the rapid expansion of medical marijuana in the US. With its distinctively branded website and app, it has subsequently exploded into one of the premier platforms for cannabis news, facts, and product information. Its unique and rather comprehensive database of dispensaries acts as a digital mesh that links consumers to the industry, which might cause some to be skeptical of its news content.

Leafly was smart to head this off by hiring veteran journalist and cannabis author Bruce Barcott as deputy editor in late 2015. A cannabis skeptic-turned-believer, Barcott and his talented reporting team have brought high standards to Leafly’s news coverage. Earlier this year, Leafly managed to do something almost unheard of for a “trade” publication—it broke several important stories related to the vaping illness scare. It has also provided important context and advice for those looking to avoid getting scammed in the Wild West-style CBD market. By incorporating high-quality, professional journalism into its platform, Leafly seems to reflect a self-conscious industry determined to show it has nothing to hide, despite the optics of hosting news and reviews of pot strains on the same site. So far it has paid off, mostly thanks to the rigorous work of Barcott and his team. Grade: A+

The title of this magazine is actually an acronym for its mantra, “Defending Our Plant Everywhere,” which seems, well, defensive. I get that the magazine is out to combat the still-widespread stigma, but these days I’m not sure that the plant really needs “defending”; on the contrary, it is propelling a lucrative industry that a clear majority of Americans support and is on the brink of federal legalization—so if the plant needs anything, maybe it is more offense? The glossy, high-res pages of DOPE are replete with Chanel-like ads for fancy, expensive cannabis products, suggesting that the magazine is aimed at a more sophisticated (erhem, wealthy) consumer. Despite its bougie appearance and somewhat confused mission statement, DOPE Magazine does offer interesting profiles of industry leaders and some good longform feature pieces written by veteran journalists (although you have to subscribe to read most of them). It is a generally reliable publication, even if it tries a bit too hard. Grade: C+ 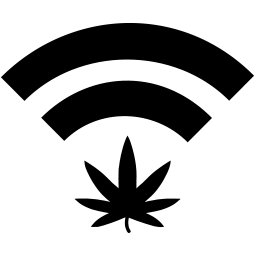 With content written and curated by editor and veteran activist Tom Angell, Marijuana Moment is like an RSS feed for breaking cannabis news, especially in policy and politics. Angell keeps his sizable Twitter following in the know, collecting the most important and current headlines in his frequent “newsletter” Tweets. His adept use of social media has carved out a decent digital niche for his publication, and although it obviously reflects its editor’s pro-cannabis stance, Marijuana Moment is no-nonsense, informative, and honest enough. Despite the scoffing of some critics, Angell’s work and that of Leafly have proven so far that activism, industry support, and good journalism can all coexist, if the right standards are applied and the right barriers are put in place. Grade: A 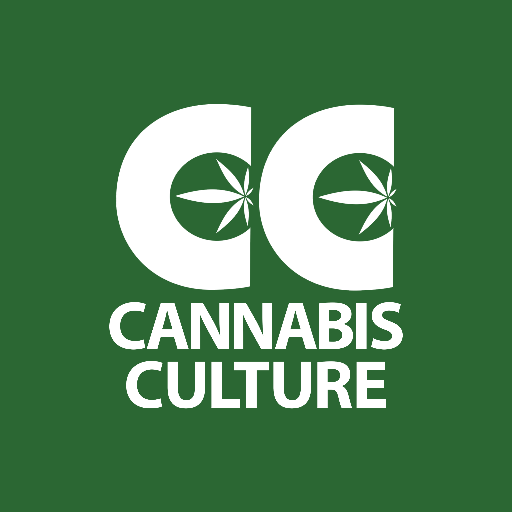 Cannabis Culture was founded in 1994 by Marc Emery, a Canadian activist whose claim to fame was his multiple arrests for violating Canadian cannabis laws. Emery’s publication began as a newsletter, transitioned into a magazine, and then in 2009 became an exclusively digital product. The site’s scrolling lineup of cannabis news pieces is decent enough; its content is more accessible than DOPE, yet not as cohesive as Leafly or as punctual as Marijuana Moment.

However, at least for me, it is difficult to separate the magazine’s content from the abusive workplace culture propagated by its founder, who is accused of sexually harassing and assaulting female employees at his Canadian dispensaries (which share the same name as his magazine). Although Cannabis Culture has undoubtedly contributed to cannabis’s acceptance in Canada and launched the careers of many activists, there remain many better sources for cannabis information that don’t perpetuate the legacy of an attention-seeking misogynist like Emery. Grade: D

As one might immediately guess, Ganjapreneur is solely focused on cannabis entrepreneurs and the growing legal industry. Apropos: You can filter the site’s news content by market. If you’re looking to start a cannabis business, Ganjapreneur is a major resource gateway, offering advice culled from experts on cultivation, extraction, security, packaging, and marketing. However, this is not the site I’d go to for balanced news content, as it includes a hub for industry press releases, and its actual news content is a far cry from the aggressive, vetted journalism of Leafly and Marijuana Moment. Grade: B

Thus ends my survey of a few of the most popular cannabis publications out there—and there are a lot. There are also some decent podcasts, although not being a particularly intense podcast consumer, I don’t really feel comfortable making recommendations. For my money (or not, because it’s free), Leafly is the standout cannabis news publication of the 2010s, based on its rigorous standards and elite reporting talent. At times, Leafly as shown better respect for the facts surrounding cannabis than even the New York Times or The New Yorker, two well-respected outlets that are nonetheless prone to dubious head-scratchers about the nation’s most controversial crop.

Here’s to another decade of discerning quality media in the cannabis space!