Twitter is mostly there to manipulate our emotions, harvest our data, and sabotage our politics. But the other day it actually did something pretty cool: it produced one of the best reading lists on cannabis I've seen in a while. Forbes writer Katie Shapiro got things started by Tweeting a link to her own list of favorite weed reads (where I was very grateful to see Grass Roots!).

Then, cannabis historian David A. Guba chimed in with some titles he thought had been overlooked. Others responded with their own books and recs, and voila, the most BA cannabis reading list in the last several years was born. Here it is, in its entirety, all because a growing community of cannabis writers decided to stave off the doldrums of quarantine on the world's worst website. 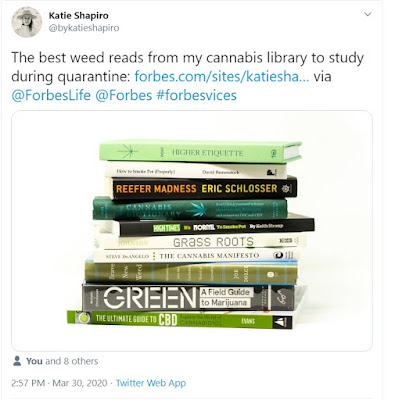 Now, throw in Guba's academic additions, and some from the replies: 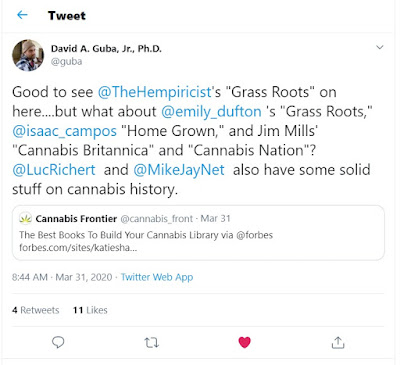 And finally, a set of my own recs, reviewed here and elsewhere: